The Yale Society of Physics Students is a nationally registered chapter of the Society of Physics Students. We host weekly study sessions (with food!), dinners with professors in the physics department, fun study breaks, movie nights, outreach efforts, and other events. We also hold two prestigious senior lecture series every year, first held in 2018: the Howard L. Schultz Senior Prize Lecture in the spring, and the Beatrice Tinsley Senior Prize Lecture every fall. Anybody is welcome to join Yale SPS. Check out the "Join!" tab for more information. 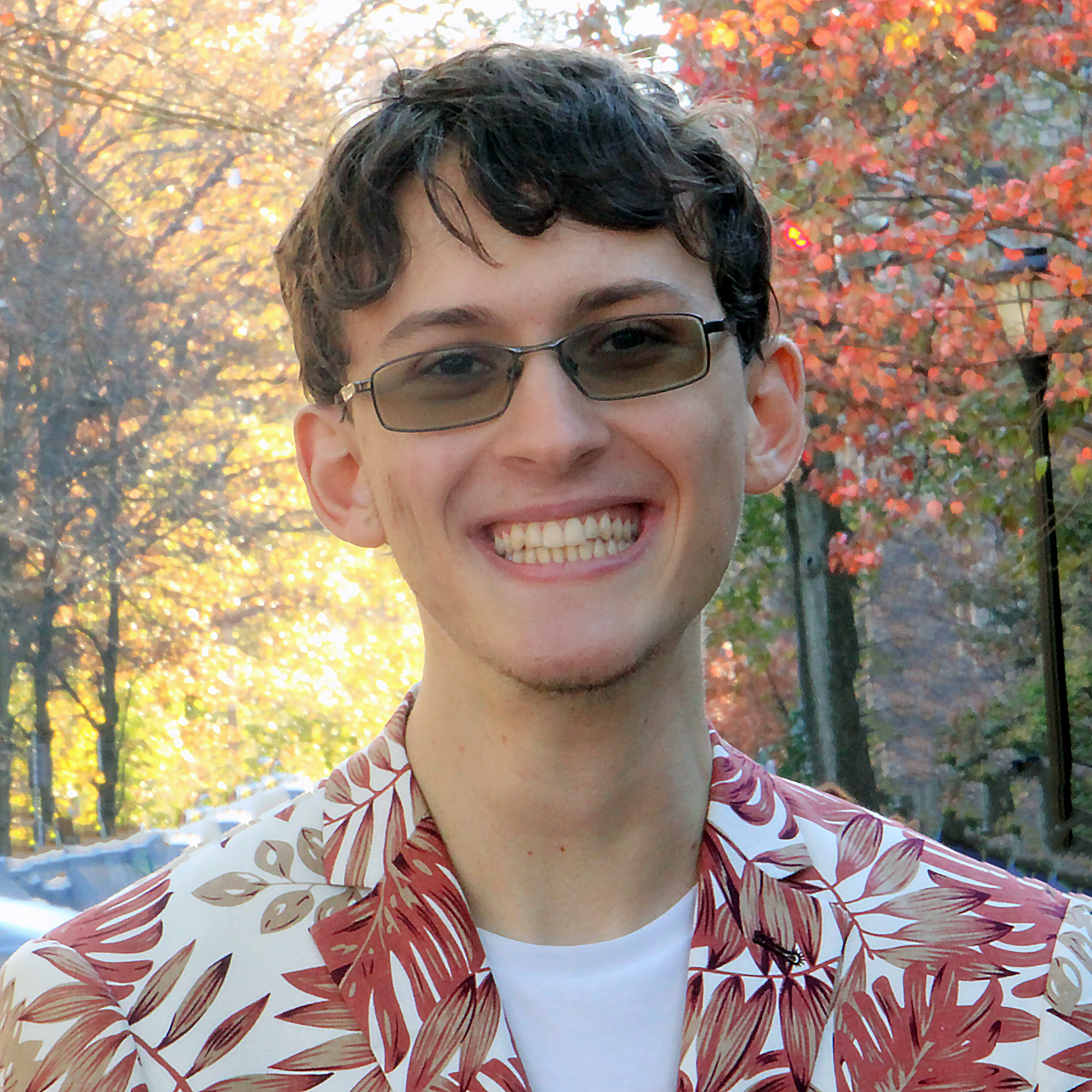 Wyatt Kremer (he/his) Wyatt is a junior Intensive Physics major pursuing an advanced language certificate in Middle Egyptian hieroglyphic. He is passionate about physics education and serves as a tutor for the Global Teaching Project, Yale Education Tutoring Initiative, and Yale Center for Language Study. His commitment to keeping physics accessible has led him to engage with the Rural Student Alliance at Yale and Disability Empowerment for Yale student groups. Wyatt enjoys listening to electro swing, alternative rock, and dark country as well as playing esoteric board games. He has broad interests in quantum gravity, field theory, quantum many-body systems, optics, and quantum computing. Wyatt was born and raised in Minden, Nevada. 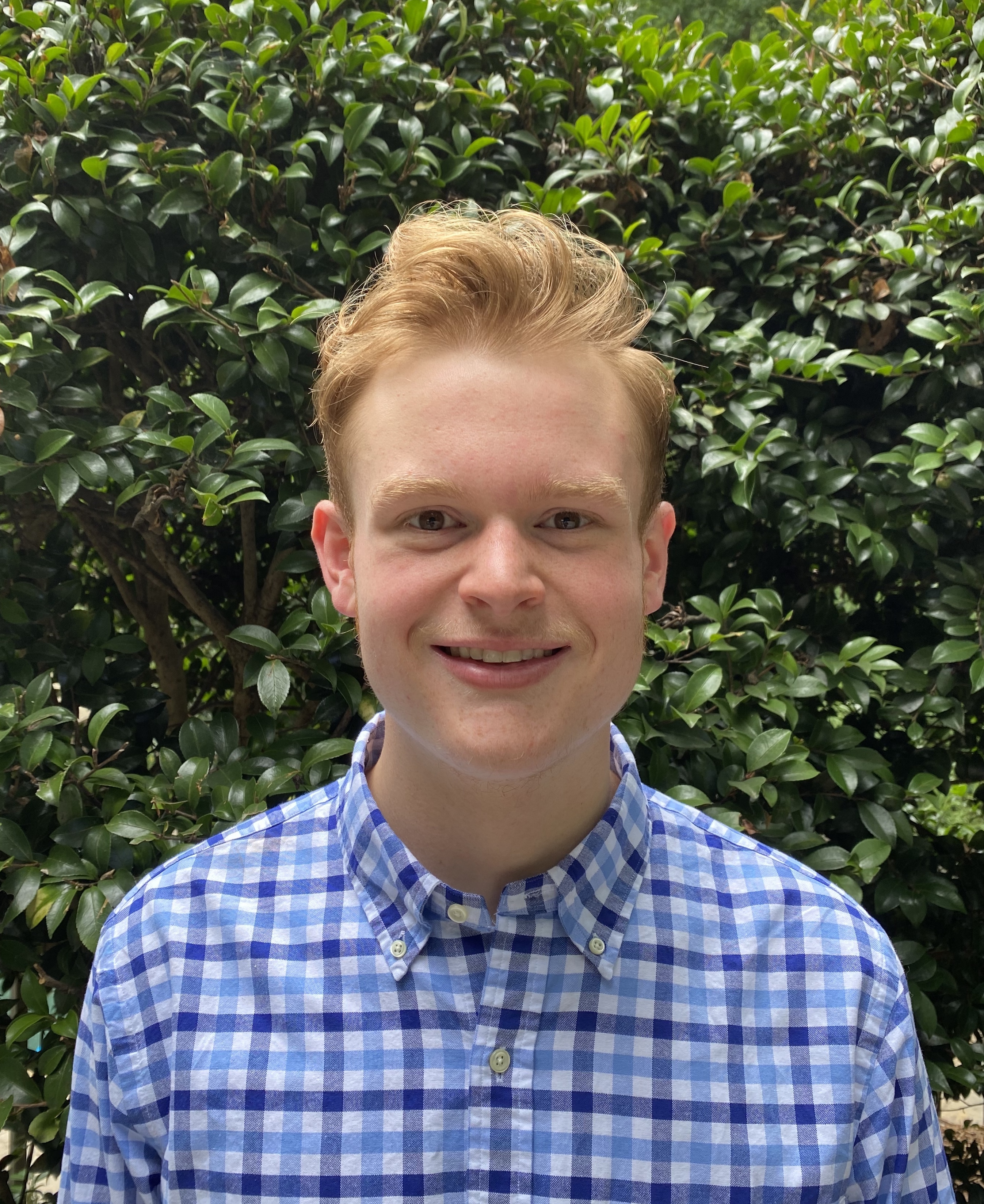 Dawson Thomas (he/his) Dawson Thomas is a senior in Ezra Stiles from Atlanta, GA majoring in math in physics. His research interests have included particle physics and geometric & topological methods in machine learning, and he is currently working on a project applying these methods for jet tagging. SPS has been a big part of his undergraduate experience, and he has really enjoyed watching the group grow over the past few years. 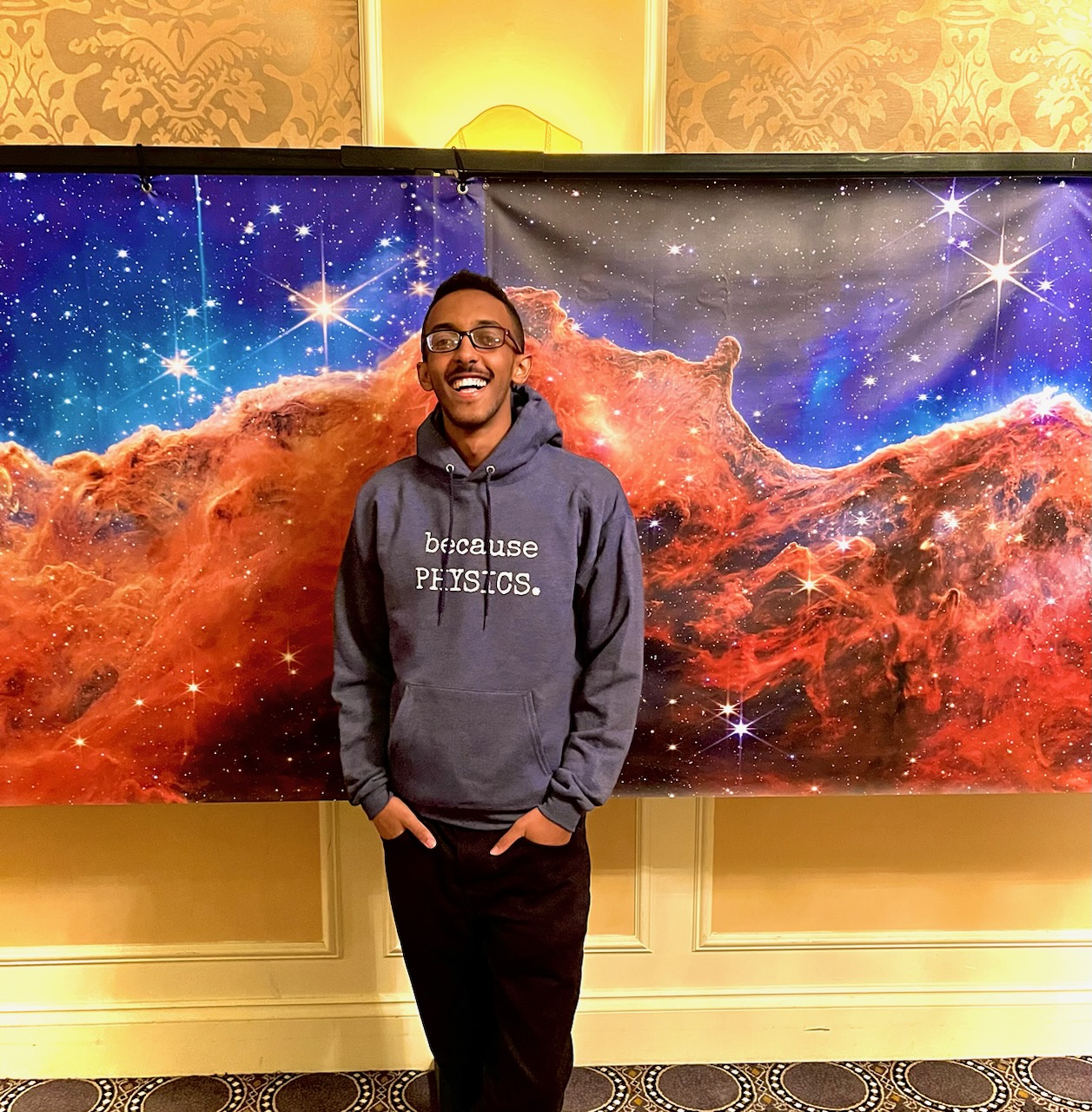 Barkotel Zemenu (he his) Barkotel Zemenu is a junior in Hopper majoring in Physics (Int.). He has spent eighteen months in the US as of Jan 2023. For the rest of his life, he was a native resident of Addis Ababa, Ethiopia. His research experience ranges from experimental neutrino physics to theoretical quantum gravity. As a collaborator on the nEXO experiment, few discoveries would excite him more than the detection of neutrinoless double beta decay. Well, except for the marriage between quantum mechanics and general relativity, the holy grail of quantum gravity. Aside from research, Barkotel gets a huge kick out of teaching – he was probably your peer tutor in PHYS 201, or 200, or 180, or 171. Outside of physics, you might find a helmeted Barkotel scooting downhill (just for kicks), practicing a new language, or smashing ping pong balls. 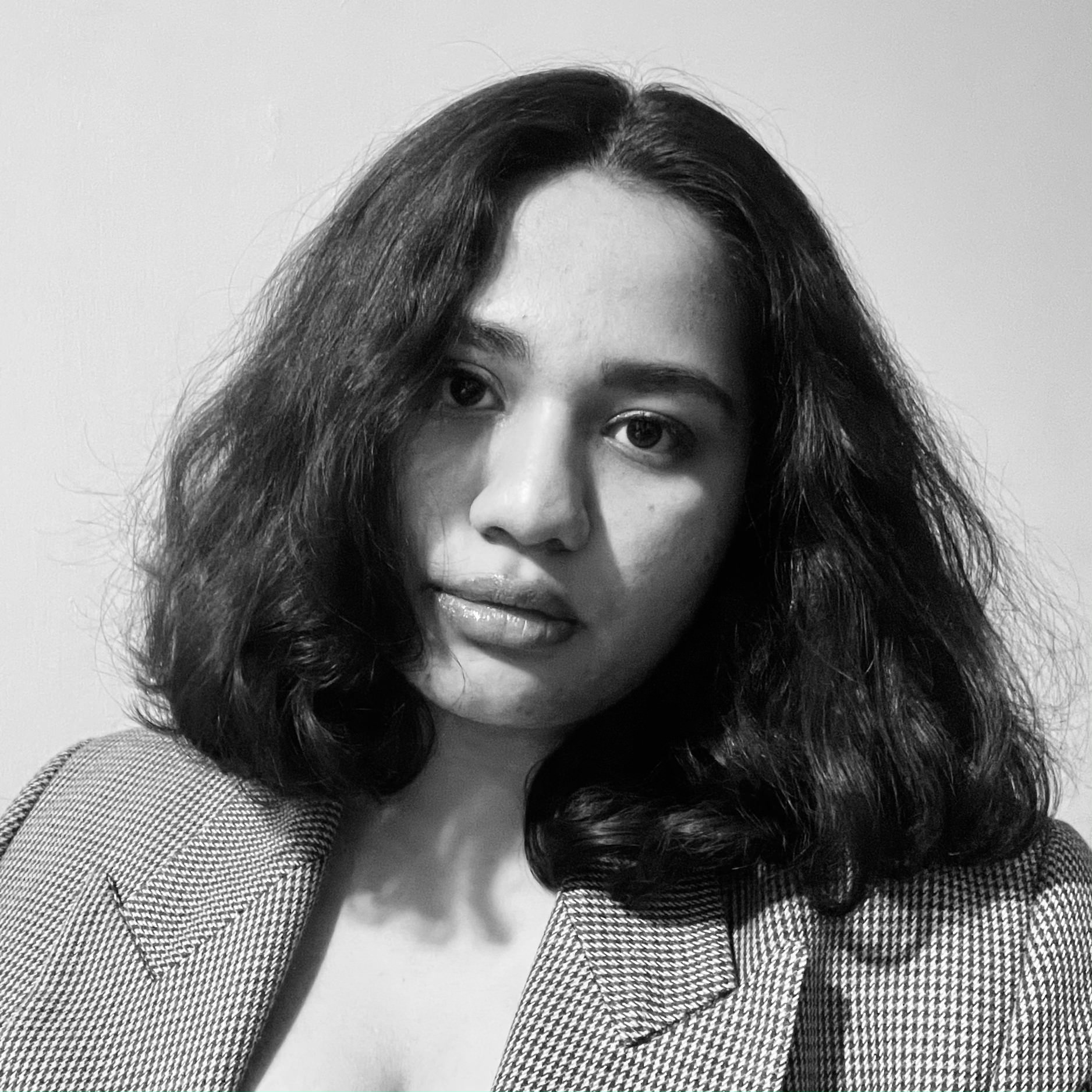 Lumisa Bista (she/her) Lumisa is a junior pursuing a major in astrophysics. She is originally from Kathmandu, Nepal, but currently resides in Williamsport, Maryland. In addition to astrophysics-y things (SPS, WiP, research w/ exoplanets!), she is involved in the work of the Endowment Justice Coalition. You can likely find her at the observatory (or anywhere, everywhere) accidentally asleep, mid-p.set.

Rose Branson (she/her) ose is a junior in Pauli Murray majoring in Physics. She loves high-energy particle physics, specifically muon physics, and is currently working with the Demers group on the Mu2e Collaboration, performing optimization and development of trigger and reconstruction software. Rose also works as a peer tutor for the PHYS200/201 sequence. She loves to teach and is passionate about physics education; she first got involved in SPS through their outreach efforts with Yale Pathways to Science and is excited to continue this work as Outreach Co-Chair.


Argy Giannisis Manes (he/his) Argy is a junior in Trumbull from Greece majoring in Physics and Math. He is very excited to serve as SPS Treasurer this year! Argy is interested in Quantum Information Theory and is currently working on Quantum Error Correction research in Shruti Puri's lab. Apart from Math/Physics stuff, he also enjoys occasionally playing the piano, eating pizza, and napping. 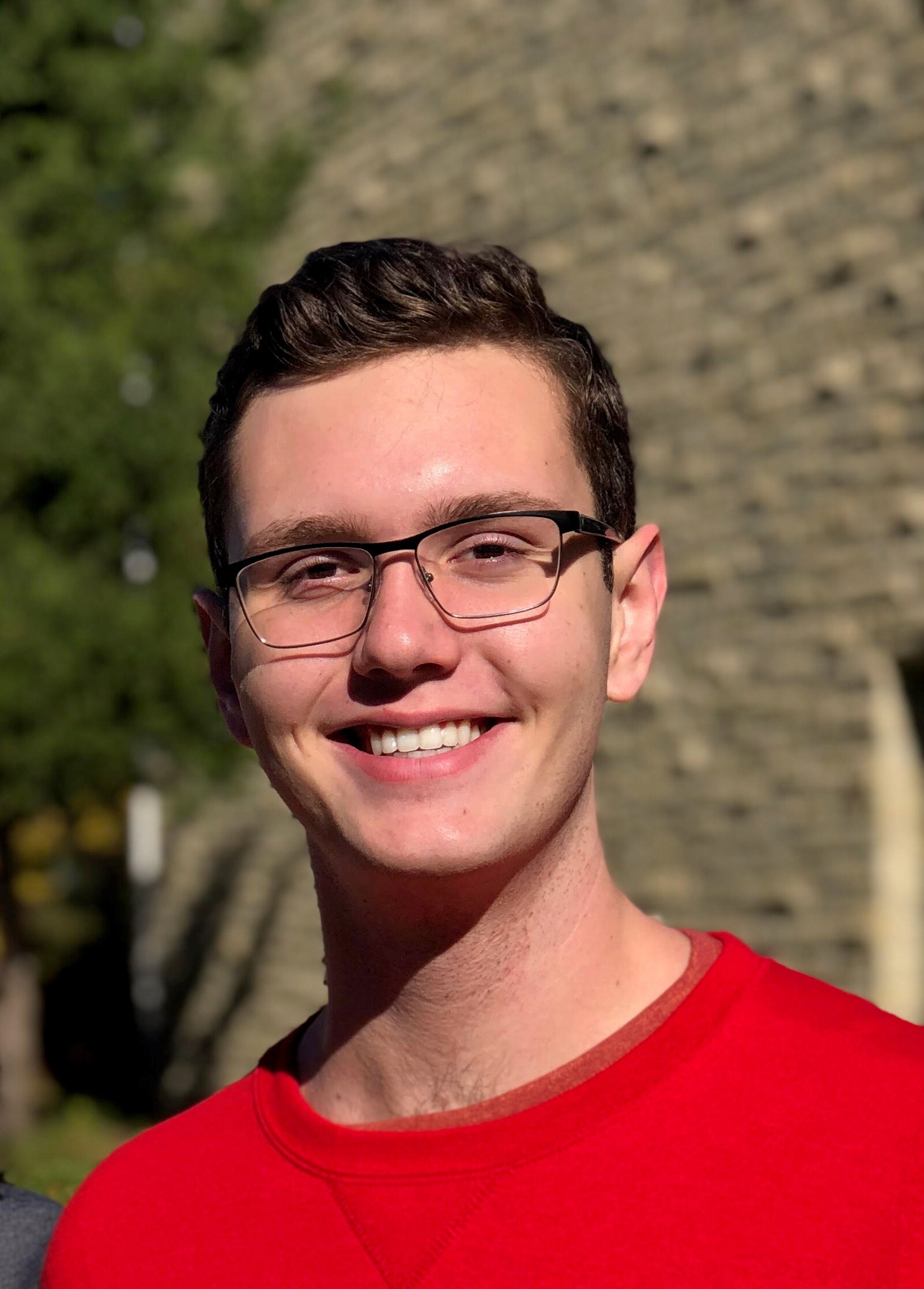 David Saunders (he/his) My name is David and I’m a senior majoring in Astrophysics and Film & Media Studies. I’m a Co-liaison to National SPS and Sigma Pi Sigma. I work on organizing SPS events with other schools in the Northeast and setting up the annual induction ceremony for the Sigma Pi Sigma honors society. I conduct research in asteroseismology and observational astronomy and am currently working on my theses! In my free time, I love reading and writing, intramural sports (especially basketball), and running!David is a Hopper College Aide and a part of Yale Cinematic Productions. In his free time, he loves writing, watching movies, stargazing, and playing basketball with his friends! 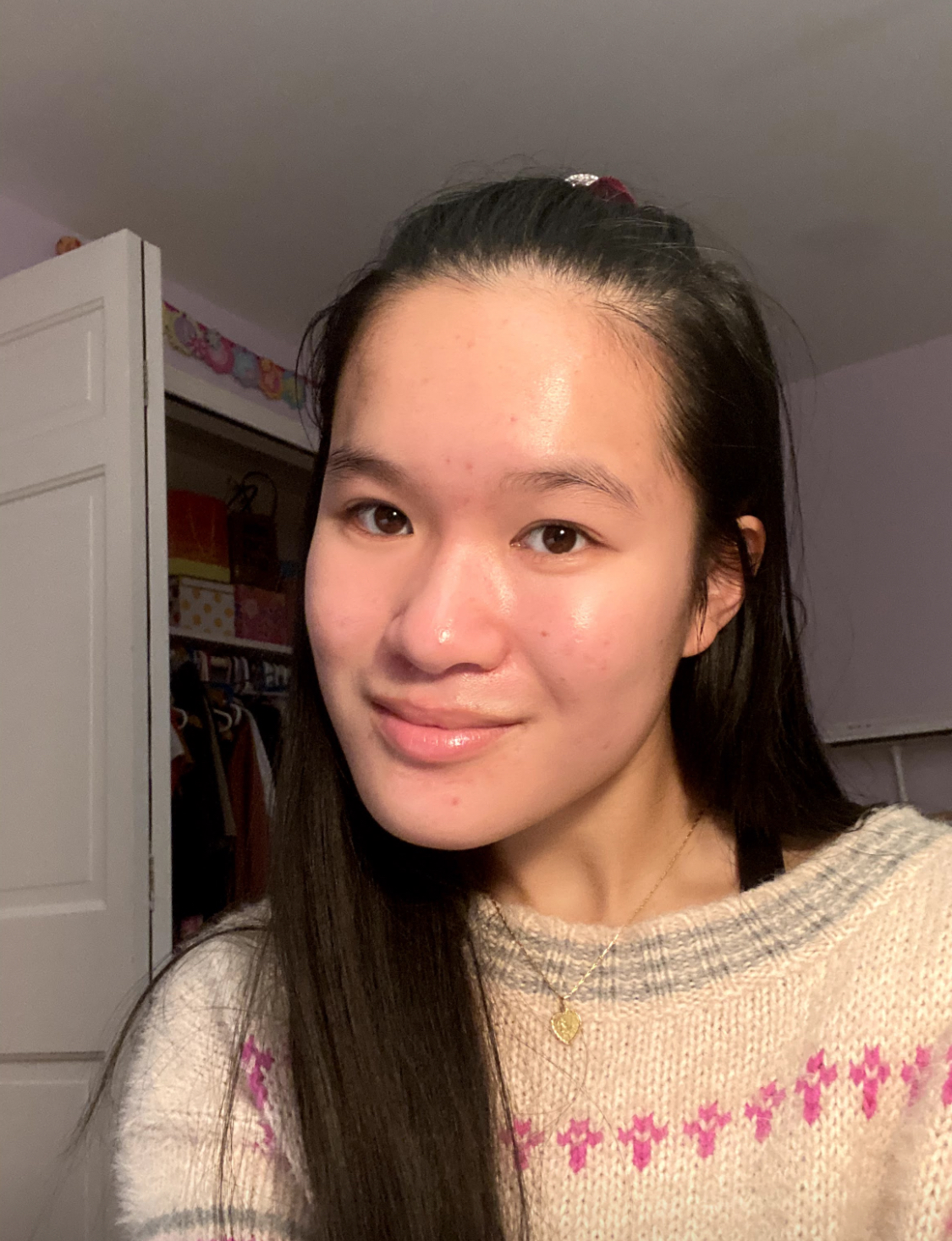 Maddie is a junior in Jonathan Edwards, majoring in Physics and East Asian Studies. When Maddie isn't working on (more like crying over) her psets, she enjoys running (when she isn't running into things), baking (to maintain her sweet personality), reading (to imagine a little), talking a little bit too fast, and apparently excessively using parentheses. Disclaimer: Although Maddie is usually very energetic and enthusiastic, she promises that she does not consume coffee or energy drinks...yet.